Unity Temple on the Plaza is the story of Faith - unabridged, unrelenting, emotionally charged Faith.

Charles Fillmore was a dreamer and a visionary. He believed all people had the capacity to realize their desires if they had emotionally charged faith. He had a vision of a magnificent Temple on the Country Club Plaza in Kansas City. The Temple would be dedicated to his wife, Myrtle.

Charles bought a lot on the corner of 47th and Jefferson and committed to paying $5000 a year for eight years. This land would be the future home of the Myrtle Fillmore Temple on the Plaza, later to become known as Unity Temple on the Plaza.

Unity Temple was fifteen years in the planning stage. Within a year after the purchase of the land the Great Depression began. Contributions to the project dwindled. In 1939 World War II broke out causing a shortage of building material, fuel and construction workers, delaying further the building of the Temple. However, Charles’ faith remained strong.

In July of 1945 sixty five thirty-foot pillars and approximately 199,000 bricks came together on the corner of 47th and Jefferson and Charles’ vision of the Temple began to manifest in the physical realm.

About a year later the construction company retained for the project declared that due to the shortage of materials there was to be a steep increase in the price of building the Temple. Instead of the total cost being $600,000 it would now cost over $1,000,000. After being turned down by every bank contacted, Lowell Fillmore, head of the Building Committee, knew the only way to fund the Temple was through issuing building bonds. When faced with the increased costs, he said, “We will go ahead.” Unity Temple Bonds were issued. Lowell presented his vision to the world and the world responded. Money came in from all over the world, and from over 100,000 different people.

June 20, 1948, after 15 years in the planning and five years of construction, Unity Temple opened its doors to the public. The building was dedicated as a haven of rest and inspiration for all people. Added later was the phrase, “A place where diversity is praised, and peace and harmony are the rewards.”

The bonds issued and all debt on Unity Temple was completely retired in 1960.

Around that same time, it became clear that church and religion needed to evolve and adapt to the changing times. New ways of providing spiritual support and healthy lifestyles began to emerge. Unity Temple soon grew from a church that offered Sunday morning and Wednesday evening services to a bustling center with spiritual classes, services, workshops, support groups and many other activities, seven days a week.

In 1993, The Cornerstone Foundation was founded as the Temple’s Speakers’ Forum. World renowned speakers were brought to Kansas City to speak at Unity Temple.

In the mid-1980s, three retired men from the railroad began to meet once a week at Unity Temple to facilitate an AA support group. By the nineties, society was changing, and people were becoming more aware of alcohol and drug abuse. 12-step support groups became popular for those seeking recovery. Today, Unity Temple has over 20 12-step group meetings weekly with an attendance of over 300 people.

Spirituality and All That Jazz, a revolutionary new program started in 1994. Tim Whitmer presented a monthly Jazz concert in an auditorium setting. The concept was an immediate hit. Tim brought in the best artists in the Kansas City area to perform. His vision and faith he had in the program prevailed and recently celebrated their 25th anniversary, making it the longest continuing Jazz program in the country.

In the late 1990’s, interest in Buddhism began to grow around the country and in Kansas City. In 1996 Ben Worth founded the American Buddhist Center at Unity Temple. It wasn’t seen as a competition to Christianity, but simply a way to live closer to spiritual truth and closely aligned to Unity’s principles based on the teachings of Jesus Christ. Today it is known as the Temple Buddhist Center and is flourishing with classes and services under the direction of Victor Dougherty.

With meditation as one of the cornerstones for spiritual living, Serenity Pause began. Twice daily, 30-minute, secular meditation, at 12:10pm and 5:30pm, 365 days a year, is offered to all people, free of charge.

When the name Unity Temple is used, it is referring to the building where many diverse activities take place. Although church services are part of what Unity Temple offers, its greater purpose is that of a center for well-being, where everyone is welcome. The mission of Unity Temple is to be a source of support and inspiration.

Today, Unity Temple is a spiritual home for a countless number of people. Over 5,000 people come through the doors each week to engage in approximately 70 different activities. It is a beacon of light for the Kansas City community. As dedicated in the beginning, Unity Temple is a haven of rest and inspiration for all people. Unity Temple is 70 years strong, lifting people to greater levels of well-being. 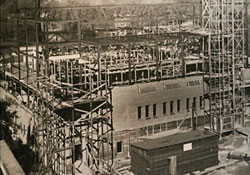 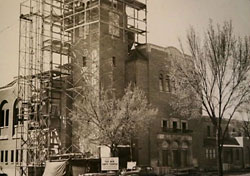 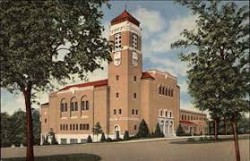